There are 30+ historical films that came out in Theatres in 2018. Here’s a list of some of the films:

The Kidnapping of Edgardo Mortara directed by Steven Spielberg;

A historical adventure, Thugs of Hindostan;

A 17th-century-based story, The Convent;

The Last Witness, a story of a journalist who uncovers a horrific slaughter of 22,000 Polish officers during World War II;

Troy: The Resurrection of Aeneas;

Zoo, a story set during German air raid bombings of Belfast in 1941;

Bohemian Rhapsody, about the rock ‘n’ roll band Queen in 1970;

The Favourite, set during the reign of Queen Anne, the last monarch of the House of Stuarts; 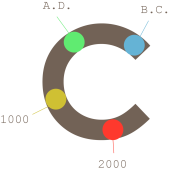